TRAVERSE CITY , MI (Sept. 4 , 2008) — After 20 years of making groundbreaking films and setting box office records — from „Roger & Me“ to „Bowling for Columbine“ to „Sicko“ – Oscar-winning filmmaker Michael Moore has decided to thank his many fans by giving them a download of his newest film , „Slacker Uprising , “ for free. This will be the first major feature-length film by a noted director to debut for free via the internet.

„Slacker Uprising“ traces Michael Moore’s 62-city tour of the swing states during the 2004 Presidential election and records the thrilling — and frightening — response he received across the country.

Moore, who has made three of the five top-grossing documentaries of all time (including “Fahrenheit 9/11”), said he is doing this giveaway for personal reasons. „I realized that in a few months it will be the 20th anniversary of my first film, ‚Roger & Me’, “ he said.”I’ve been very blessed and fortunate to have so many people come to my movies over these two decades, I decided why not bypass the studios and the exhibitors and make one that the fans can have for free, as a show of my profound appreciation of their support.“

The free download is being organized and distributed by Robert Greenwald’s Brave New Films.

Neither Moore nor Brave New Films will make any money from the film, which had a budget of over $2 million. „This is being done entirely as a gift to my fans,“ said Moore. „The only return any of us are hoping for is the largest turnout of young voters ever at the polls in November. I think ‚Slacker Uprising‘ will inspire million to get off the couch and give voting a chance.“

“Our mission here at Brave New Films is to get out a message of social justice,” said Greenwald. “This year , that means getting people to take a close look at what’s at stake in this incredibly important election. You can find literally no better storyteller in the world for that purpose than Michael Moore. Michael is a genius and an inspiration to people all over the country. This new movie is a gift to our country in this critical moment, and we’re honored to be distributing it for free over the internet.”

Moore’s goal four years ago was to convince millions of non-voting „slackers” — mostly between the ages of 18-29 — to give voting a try. Starting out in Elk Rapids , Michigan , in front of an audience of 400 , the tour caught on like wildfire with up to 16 , 000 slackers each night coming to see Moore and his traveling band of speakers , comedians , and musicians.

To encourage the slackers to show up, they were offered a clean change of underwear, Ramen noodles, and a promise that no event would start before noon and no politician would be allowed to speak. These enticements filled basketball arenas and football stadiums every night on the „Slacker Uprising Tour.“

Part concert tour , part stand-up comedy performance and part rock concert , SLACKER UPRISING is an uplifting and patriotic look at the birth of a new political generation in America — a generation of young people who would signal the era of “Obamania” that would take place just four years later.

To view a trailer and a scene from „Slacker Uprising,” go to www.slackeruprising.com

END_OF_DOCUMENT_TOKEN_TO_BE_REPLACED 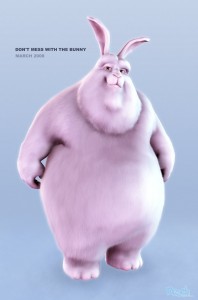